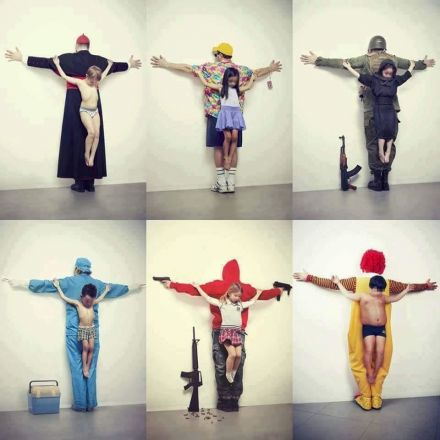 &quot;The first image refers to pedophilia in the Vatican. Second child sexual abuse in tourism in Thailand, and the third refers to the war in Syria. The fourth image refers to the trafficking of organs on the black market, where most of the victims are children from poor countries; fifth refers to weapons free in the U.S.. And finally, the sixth image refers to obesity, blaming the big fast food companies. The new series produced by Cuban artist Erik Ravelo was titled as &quot;The Untouchables&quot;